Founded as Monaco in 2016, Crypto.com is a cryptocurrency exchange app company from Singapore. It attained the name Crypto.com following Monaco’s purchase of this domain from cryptography researcher Matt Blaze. Over the past two years, this brand has slowly seeped into the mainstream consciousness. It now has over ten million active users. Projections claim that globally the number of crypto users will surpass one billion in 2023 and that Crypto.com will be at the forefront of this revolution.

In late March, they announced a stunning achievement, that they would become one of the official sponsors of the 2022 FIFA World Cup, which will start in November in Qatar. Steven Kalifowitz, Crypto.com’s Chief Marketing Officer, stated that “No event brings the world together like the Word Cup does.” Hence, the brand is particularly proud to be the first crypto entity to represent this sector in the historic month-long competition.

Information regarding this partnership is scarce, as both sides refuse to disclose details concerning its timespan and value. What is known is that Crypto.com’s branding will get predominantly featured at the tournament’s venues, both inside and out of the stadiums used. The marketing strategy that Crypto.com will run during the 2022 FIFA World Cup will also entail contests that will list prizes such as match tickets and official event merchandise.

What is interesting about this deal is that Bitcoin trading has been illegal in Qatar since the country’s central bank implemented a ban on cryptocurrencies in 2018. It got reaffirmed by their Financial Centre Regulatory Authority in 2020. Nevertheless, that does not stop crypto-related businesses from advertising in this nation.

What Other Sports Fans Does Crypto.com Advertise Its Service?

In mid-2021, Crypto.com got named the UFC’s first official cryptocurrency platform partner and Serie A’s first innovation and technology partner. In the case of UFC, Crypto.com’s deal with the premier mixed martial arts organization should run for ten years, and per CNBC, it is worth somewhere in the neighborhood of $175 million. Crypto.com’s branding, the company’s logo will get attached to fight kits worn by UFC athletes in the next decade, and it will also get plastered on the octagon floor during PPVs and the UFC’s Contender Series. Concerning Serie A, the trading platform developed NFT collections for Italy’s football league and its national cup.

Also, in June 2021, Crypto.com became the inaugural global partner of the F1 Sprint series. The agreement allowed the app to get a brand presence at various Formula One events, receiving trackside slots at races. In February of 2020, the pair also signed a nine-year deal that made Crypto.com the title sponsor of F1’s newest race, the Miami Grand Prix.

Other sports-related sponsorships that Crypto.com has struck that have made headlines include its deals with the football club Paris Saint-Germain, the NBA team the Philadelphia 76ers, and the Montreal Canadiens that compete in the NHL. The company will also pay $700 million to have Los Angeles’s Staples Center renamed the Crypto.com Arena for the next twenty years.

Should The World Cup Even Take Place in Qatar?

Various controversies about Qatar winning its bid to host the 2022 FIFA World Cup exist. These include its suitability as a host country and doubts concerning the fairness of the entire bidding process. Plus, not to mention human rights issues, such as scandals involving migrant workers and slavery allegations.

Heat is another popularly referenced topic that gets brought up when discussions emerge if giving the competition to Qatar was a good idea. The average temperature in the country during the time of year the event will take place is around 105 degrees Fahrenheit. That extreme heat is something that most international players are not used to experiencing, and it will undoubtedly hamper their performances. The promised solar clouds and effective air conditioning of grounds proved unworkable.

Moreover, Qatar has laws that do not gel with Western standards. An example of this is that homosexuality is illegal in the country, and sex outside marriage can lead to imprisonment of up to seven years for Qatari women. Thus, Qatar’s societal views clearly do not align with most of the modern world.

Guten Tag fellas! As most of you are already aware of, we the team behind… 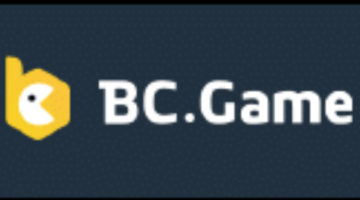 Finally! After many months of seeing a “coming soon” announcement on the bc.game latest update,…

Here we go, yet again, with another exclusive BTCGOSU No Deposit Bonus for BetFury crypto…

At March, you’ll have the chance to win a fantastic NFT at Crashino! Every player… 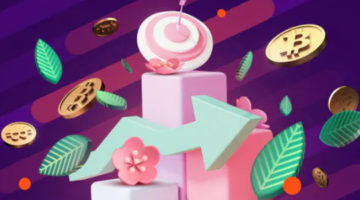 We are in the middle of a new week; and there’s many things ahead of…