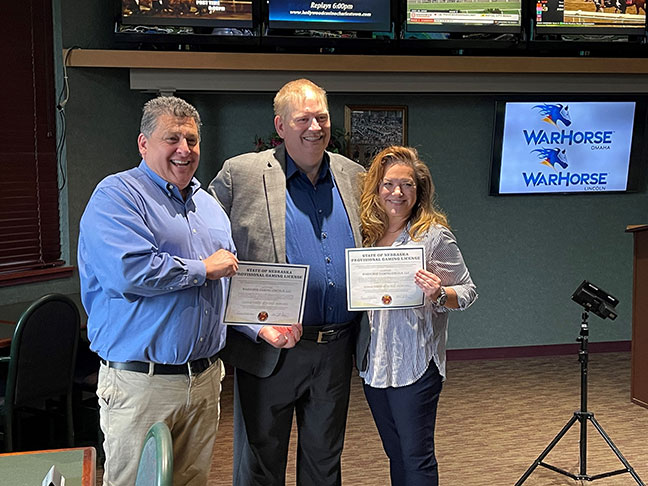 The licenses allow for WarHorse management to obtain the appropriate financing, enter into vendor contracts, and begin employee recruitment.

“We are very appreciative for how fast the Commission turned around and issued us a provisional licenses. As you can imagine, we are very anxious to begin construction, create jobs, and start keeping the money in Nebraska,” said Lance Morgan, CEO of Ho-Chunk, Inc., parent company of WarHorse Gaming, LLC.

WarHorse Omaha will have roughly 1,600 gaming positions, a three-restaurant food court, as well as live and simulcast racing. WarHorse Lincoln is anticipated to be the first of the facilities to open and will include more than 1,300 gaming stations, a 196-room hotel, event space, several restaurants, live and simulcast horse racing, and other amenities once complete.  The full scope of the projects are likely to take 18-24 months to complete.

WarHorse Gaming, LLC, is a division of Ho-Chunk, Inc., the award-winning economic development corporation of the Winnebago Tribe of Nebraska. In addition to constructing and managing a new track in Norfolk, WarHorse Gaming, LLC will manage and operate the expansion of casino gaming at the existing horse racing tracks in South Sioux City and in partnership with the Nebraska Horsemen’s Benevolent and Protective Association (HBPA) in Omaha and Lincoln.